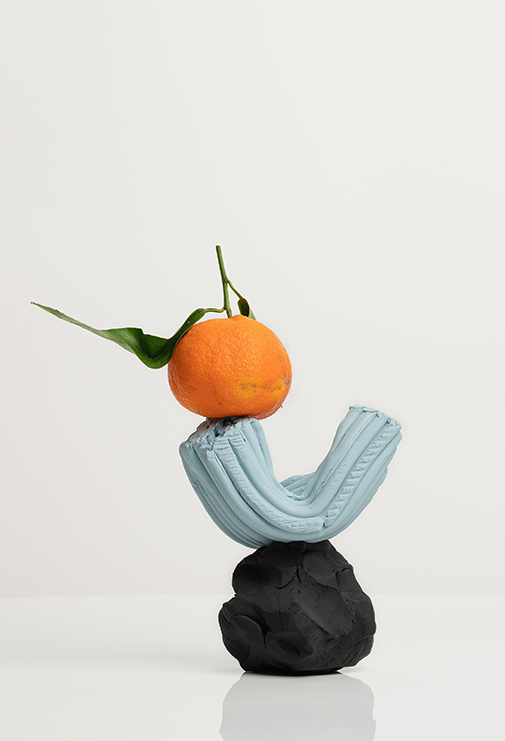 The morning’s first customer had a jagged rock in her hands.

‘I want my money back,’ she said, placing her burden on the counter in front of William.

I run a charity shop, William thought. You don’t return things—you re-donate them.

The customer dabbed rain from her face with a handkerchief and said, ‘My partner assures me it’s not a meteor.’

William stared at a stain on the ceiling, remembering that he had called the rock an interesting geological find for the area, not a piece of cosmic detritus.

Lowering his eyes, he extracted a banknote from a pocket and passed it over. Although the amount exceeded the original price, the rock-returner thrust the money into her purse without comment and left.

An hour or so later, a hunched-over woman backed into the shop as though carrying something heavy. When she turned round, William saw she held nothing more than a wet, tatty cardigan.

Several cats seem to have mauled it, he pondered. But I like the cable-knit design and the teal colouring.

He accepted the proffered cardigan and rubbed his fingers over the dank wool. Absorbed in studying the beads of moisture which appeared on the fabric’s surface, he didn’t notice the garment’s former owner leave.

The morning’s final caller, a man in a waxed coat, stayed outside. He knocked on the window with the tip of an umbrella and pointed at an object on the pavement.

‘It’s a donation!’ he shouted, crossing the street. ‘Sell it or eat it!’

William exited the shop and saw an orange on the ground. He picked it up, returned inside and wiped a film of moisture from the fruit.

At lunchtime, he walked home through the buffeting weather, a duffel bag over one shoulder. In his study, he lifted the rock from the bag and placed it on his desk.

It’s large for a paperweight, he reflected, yet I like its cragginess.

Reaching into the bag again, he pulled out the shabby cardigan. With a pair of scissors, he cut off a length of unmutilated sleeve.

I’ll dry this and use it over my elbow. The warmth may ease the muscles’ stiffness.

Finally, he took the orange from the bag. He made an incision with the scissors and peeled away the skin. Then he separated the segments and arranged them in three lines on his desk’s blotting pad.

While he chewed the penultimate piece of orange from the last line, William heard the wind splatter rain against the study’s window.

He swallowed and shook his head.

The shop can remain closed for the rest of the day. I’m taking the afternoon off.