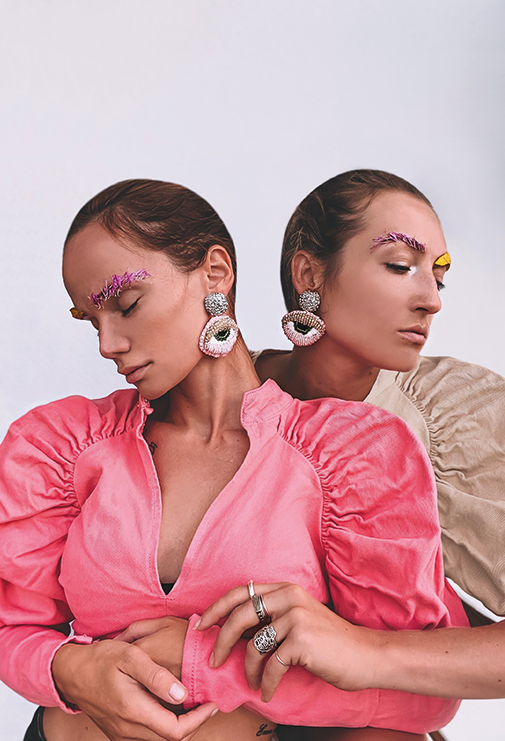 Sequestered lives on the brink
of birth, pushed out, tangled bodies
tumbling after the other, down
the ruddy birth canal-- two scrawny chicks,
gray flesh and pointy bones, featherless—
unaware of the meaning of flight

There were two heads, two minds
such that they remained strangers
but who could do nothing else
but cling to one another.
All the while knowing in some
infantile intelligence, pulled away,
drawn to distant horizons, fated to oppose
the other’s progress in any direction.
A knot that binds all futures.

They appeared to be the inverse
of the other, one with insides turned out,
the other with outsides turned in,
The same or similar but giving off
a different light, a blinding hypnotic
multi-colored aura that signaled to
any and all and with that the path
opened up like a sunrise, one heading
east, the other striding westward.