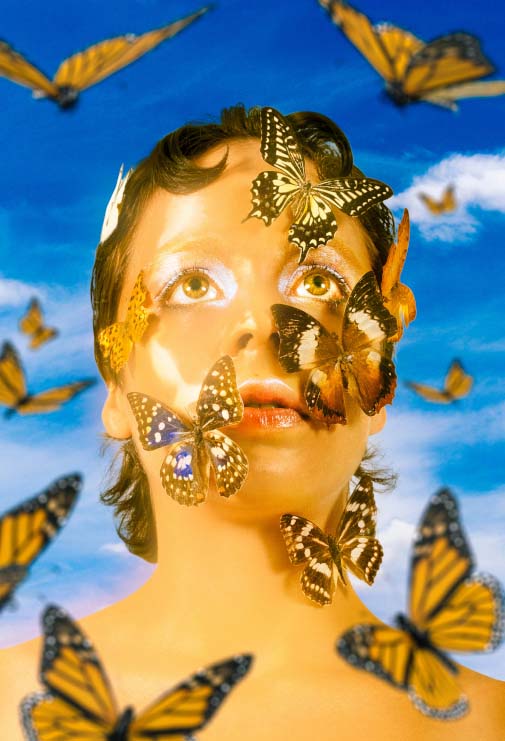 When Miss Pink entered the room a reverential hush fell upon everyone.

“Girls,” she breathed and curtsied.

“Miss Pink,” we answered in unison and curtsied back.

This was one of her infrequent, almost royal visits. As a former prima ballerina she was drafted in at the behest of her friend, our ballet teacher. She came to put us through our paces and polish us up prior to our ballet exams. Although no longer as slim or young as in her performing days, she was light as a feather on her feet and we were in awe. Petite and lovely of face, upon which was applied a small amount of theatrical makeup. The up-swept eyeliner, flawless complexion and the bright red lipstick on her rosebud mouth were completed with her permanent smile.

Having gone through the required set pieces we lined up to show our personal choice of dance. The other three girls had chosen to be butterflies and fairies. I admired the butterfly from an appearance point of view, the symmetry of its wings, the colours, complexity of shapes of all the different species. But I wanted something more.

“And you my dear?” queried Miss Pink.

Miss Pink’s right eyebrow shot up in quizzical and surprised fashion. I had guessed this might be the reaction as butterflies and fairies convey ethereal visions and delicate flitting movements. But I had thought carefully about my choice. Living near the seaside I had often watched seagulls and although rather steely eyed and faintly austere in their grey dinner jackets, I knew they were utterly beautiful once airborne. I admired them for their movement, the sheer elegance and yet power as they surged upward, carried, speeding then gliding, held aloft by the air flow, lifted, soaring with barely a flap of wing. Grace and strength in motion, surely the very essence of balletic dance. All I had to do was to convey that!

When my turn came I felt transported. I was the air, the bird, the sky, dipping and soaring on thermal currents resting and waiting for the next updraft so I could ride, my arms now wings extended, stretching, twisting producing more lift to slow my decent. I moved my shoulders to increase their angle and slowly, I let gravity take over and pull me back to earth, my tail spreading to act as a break. “Landing,” I am breathless and exhilarated.

I curtsied to Miss Pink who inclined her head and smiled in her restrained way. I hoped that I had done the seagulls justice.