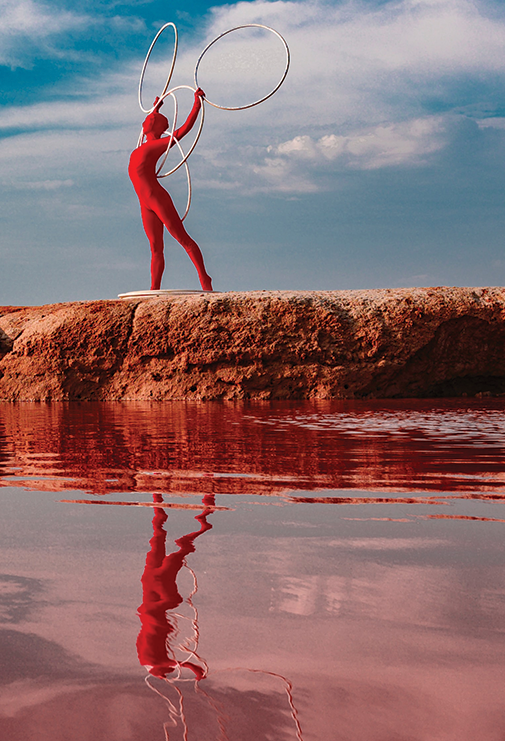 BORN INSIDE A VOLCANO

When she was pregnant, the enemy's airplanes flew overhead sounding like wasps venting their frustration, and sirens pierced the air in a menacing hymn becoming mourning matter for the future.

This was the habitat in which the baby waited for its release, its freedom into the world, its place in a hotbed of future stories looming over its life narrated in ominous tones.

Mother sat and breathed deeply caressing her belly. She took shelter in a shed of flaky cement on which walls were inscriptions of eternal love and eternal hatred.

She fought hard to stay calm for the baby's sake. They would flee together. She would abandon Father and flee from this place she adored but didn't adore her back. A place that morphed her into a volcano, a dead mountain into which her ability to feel gradually burned exhuming fumes of flames. Dark matter. Mourning matter.

The war could be her excuse to leave.

When the baby was born Mother wasn't what she used to be. Mother had forgotten about her plan, her emotions slowly culled. The sirens had stopped but Father went on. She digested things recommended to her and they became her personal war. She exploded sometimes, releasing dark matter, mourning matter. And the baby, growing up, learned to understand the circumstances that made it want to run away, divert and disrupt, being born inside a volcano.