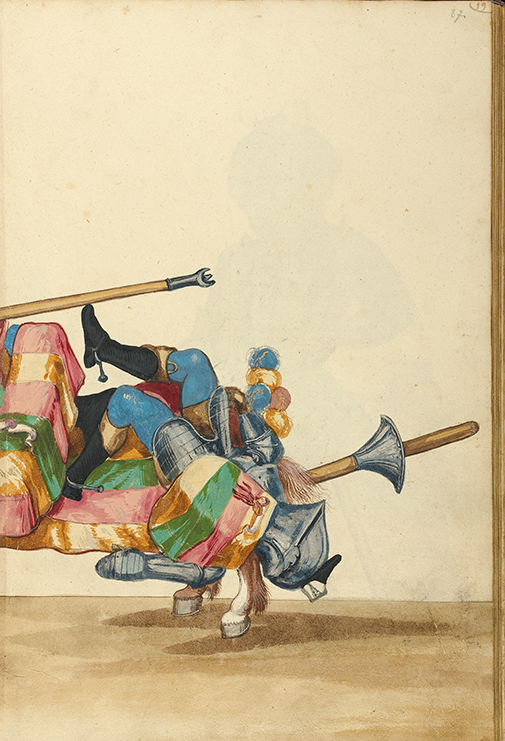 One Tweet too many and she’s on her high horse again
or rather off her fauteuil for the next five minutes –
the one with the horsehair stuffing and fetlocked legs.

She has armed herself for the fight, taken up her stance
against the blinkered tub-thumpers with their elon-
gated arguments, and is now bounding up and down

on the squab at the multi-phobic mutterings of men
she just knows are wearing memory-foam moccasin
slippers with impact-gel … men with risible grammar,

but I’m digressing. Another comment has her up
on her feet, lance poised for a charge, one spurred
heel stuck in a stirrup, the other scrabbling in the air,

following her helmed head, vambrace and gauntlet,
as she looks destined to tumble, tasset over pauldron,
onto the Wilton. Her flatmate on the chaise longue

and cocooned in his earbuds, sputters with laughter
at her aerial antics, then goes to her rescue, advising
'You know, you really should move over to Mastodon.'